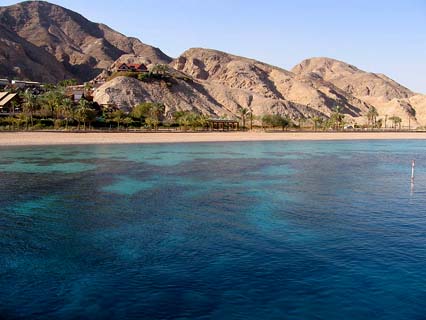 With their plunging depths and fascinating features, wall dives present some of the most colourful and breath-taking scuba experiences going. There are simply stacks of spectacular wall-diving sites located throughout the globe and, from Red Sea liveaboards to Caribbean cruises, touring some of the planet’s best underwater walls should take high priority on any diver’s ‘to do’ list.

With so many potential sites to choose from, it can be hard to know where to get started, so we’ve pulled out some of the world’s very best wall diving locations, to whet your appetite…

Palau: The limestone and coral up-rises that form the Rock Islands of Palau, Micronesia, offer some of the best wall diving experiences on the planet. Immense walls, decorated with soft corals, sponges and sea lilies, rise to within a few inches of the surface and attract hundreds of colourful fish, including wrasse, sweetlips, jacks and snapper. Blue Corner Wall, to the northwest of Ngemelis Island, is particularly well known for its rich concentration of marine life and, with powerful currents, presents an exciting, drift dive across the face of the wall.

Grand Cayman: To the west of her smaller siblings, the largest Cayman Island is surrounded by walls that are riddled with intriguing tunnels and colourful crevices: of these, the North Wall is the most severe and the South Wall the deepest. Top sites along the legendary West Wall include Canyon Orange, the drop-off at Trinity Caves and the swim through at Big Tunnels, where you can expect to see tarpon, turtles, barracuda and spotted rays.

The US Virgin Islands: The islands of St Thomas, St John and St Croix are renowned for their legendary diving sites, but it’s the most southerly of these three that has become a magnet for wall-divers. Topped with the Caribbean’s largest living reef, the wall at St Croix runs along the north of the island and drops more than 400 metres. Home to hawksbill, green and leatherback turtles, as well as sea horses, pelagic sharks and eagle rays, the wall is known for its black corals and narrow passageways.

The Red Sea: Egypt gives access to an astounding range of wall diving opportunities, which are best toured via a Red Sea Liveaboard. Sites such as Ras Nasrani, Jackson Reef and Thomas Reef regularly feature on the itineraries of Red Sea Liveaboards, as does the legendary Ras Mohamed National Park, where the steep walls reach depths of 1000 metres.

Sabah, Borneo: To the east of Peninsular Malaysia, the satellite islands off the coast of Sabah, such as Layang Layang and Mabul Island, are partly to thank for Malaysia’s reputation as a top dive destination. Here, you’ll find crystal-clear waters and pristine walls encrusted in corals and sea fans.

Bay Islands, Honduras: Thirty miles off the Honduran Coast, the Bay Islands are world-renowned for their spectacular wall dives, with spots such as The Great Wall, Half Moon Wall and Mary’s Reef particularly popular. Expect illuminated fissures and fractures, deep cracks, mysterious tunnels and dramatic drop-offs, with creole wrasse, groupers, deep-water fans and a myriad of sponges inhabiting the features and lush coral growths. Pelagics, such as whale sharks, dolphins and rays can also be seen floating in the abyss.

Getting to know the routes of the Red Sea