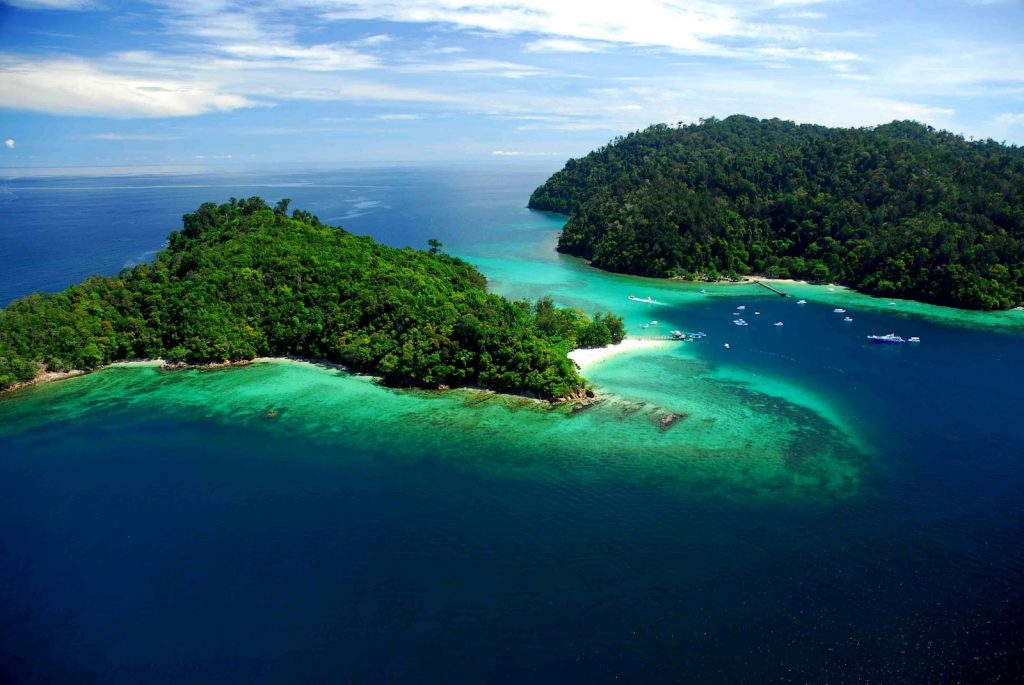 The third largest island in the world, Borneo divides its land between three countries: Indonesia, Malaysia and Brunei, with the Malaysian territories forming the states of Sabah and Sarawak. Malaysian Borneo is renowned for offering some of the island’s best dive-sites but quality encounters can be experienced in all three countries. For a quick guide to the regional highlights, read on…

Some of Indonesia’s most exciting dives can be had just off the north-east coast of Kalimantan. Within this region, the coral island of Kakaban offers some unusual scuba experiences, where a landlocked lake harbours five species of non-stinging jellyfish as well as endemic marine-life. Reaching a maximum depth of 18 metres and with 10-12-metre visibility, dive conditions here are abnormal for Borneo, to say the least. The mangroves that fringe the lake are packed with sponges and give way to spectacular sea creatures, such as blue flatworms, file snakes, sea cucumbers and gobies.

But if lake diving doesn’t float your boat, then try Kakaban’s coastal fringe, where limestone cliffs drop to depths of 200 metres, creating wall and drift dive-sites that are visited by tuna and sharks.

Just south of Kakaban, Sangalaki is the place to go for manta rays and turtles. Draped in jungle and surrounded by white-sanded beaches, shallow reefs extend from the shore and nurture turtle hatchlings as they make their way to the sea.

For mangroves and macro, travel northwards to Samama – crammed with nudibranchs, frog fish and flat worms, think muck-diving without the muck; but for die-hard muck divers, the islands of Derawan and Nabucco are considered better by some.

And if bigger fish are your thing, then you’d be better off a touch further east at Maratua Island, where the drop-offs welcome sharks, tuna, eagle rays and barracuda.

The best known dive-sites tend to be found around the islands of Sipadan, Mabul and Kapalay in northwest of Borneo. Overwhelmed by marine life, Sipadan is renowned for its spectacular reef drops and 2000-foot wall dives, where schools of barracudas and mackerel congregate, alongside giant turtles and big sharks. For smaller stuff, muck divers should head to the shallower dive sites at Mabul and Kapalay, where frogfish, nudibranchs, shrimps and sea horses abound.

Just off the north coast, the small island of Layang Layang sits in the South China Sea, where the ocean floor drops to 2000 metres. The place for pelagics, and with visibility up to 50 metres, reef sharks and scalloped hammerheads gather here to mate and whale sharks have also been known to visit.

If it’s whale sharks you’re after, your next stop should be Lankayan Island, where these gentle giants migrate to between March and May. Turtle-lovers would also be well-advised to stick around, as the proximity to the turtle hatchery on Turtle Island means that the sea can be filled with Green and Hawksbill Turtles at the right time of year – to see the hatchlings, visit between June and September.

Scuba diving in Brunei is far less popularised, but don’t be fooled, they’re harbouring plenty of treasures and some of Borneo’s most diverse dive sites. Amongst the highlights are Louisa Reef, where hammerhead, white tip and leopard sharks populate the abyss. Rig diving is also on offer in this part of Borneo, where 50 metre-long oil rig jackets have been placed on the seabed to create artificial reefs, which attract groupers, barracuda, sweetlips and jacks, and even the occasional whale shark.