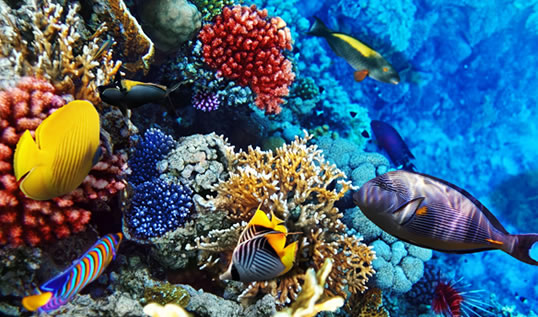 Around the world opportunities for true exploration diving are dwindling. Dive sites are being named, mapped and filmed with a GoPro and put on Youtube. But there is a place not too far away with a diving reputation that is due to explode onto the world Diving stage. That Diving in Oman.

Oman is a Sultanate and the metatarsal of the Arabian Peninsula. Located in the south eastern corner at the bottom of the ‘foot,’ it borders Yemen, The United Arab Emirates, with Dubai, and Saudi Arabia and has coastlines in the mouth of The Gulf and along the Indian Ocean.

Oman a place of wonders. Megafauna thrives here, wrecks are historic and the abundance of marine life is legendary. Oman is a destination that few others can match and the most important element is there are so few divers visiting its rich waters that you will have dive sites all to yourself. Oman Diving is adventurous diving, where you can explore new dive sites and see things no human has ever set eyes on before. read on…

The Hallaniyat islands are one of Oman’s signature dive destinations and Planet Dive Holidays utilises the services of the 22 diver capacity Saman Explorer liveaboard to get you to this isolated set of rocks lancing up from the Indian Ocean.

Leaving from the port of Mirbat, your liveaboard Saman Explorer heads out to dive the Hallaniyat islands, which in itself sounds exotic, but what you find will leave your jaw dropped and your enthusiasm stunned.

Megafauna such as humpback whales are seen in the area most often between October and December, which is why I’m telling you about it now. You have plenty of time to book your liveaboard dive holiday later this year. Seeing the whales is awe inspiring, but actually being in the water with a humpback whale will take your holiday in Oman to a new unexpected level. Oman’s Humpback whales are resident and so do not migrate to the South or North Poles as other humpbacks. Plus they are often inquisitive and if you are lucky, one may approach your boat and stay around while you slip into the water.

With megafauna there is no guarantee of course, but take a look at Stefanie Schnee’s video on vimeo https://vimeo.com/50473664 to see just how awesome the experience could be. I have been lucky enough to swim with humpback whales and the experience will stay with you for the rest of your life. The phrase ‘holiday of a lifetime,’ was invented for moments like that. You just cannot comprehend how large whales are until you encounter one in real life. Diving or swimming with humpback whales is like standing in the presence of a Deity. Imagine the excitment of an 8 year old boy riding on the footplate of a steam train and then multiply it by a thousand. That’s the feeling you get being in the water with a humpback whale.

Even if you only get to whale watch there is plenty to see. The humpbacks are only one of Oman’s whale species. You are also treated to sperm whales from October to March as well as quite a few different species of dolphin.

Sea mammals may be Oman’s jewel, but they are not the only thing in its crown. Manta rays and whalesharks are also found here. The water is a rich soup that plankton loves and it attracts these ocean leviathans. The congregations of megafauna is here because of the plankton, but that does curtail the visibility slightly. It’s not as good as the Red Sea or Caribbean, but it is not as terrible as Djibouti or the UK, just don’t expect 30 metres plus.

A side effect of all this food in the water is the amount of fish life here. There are shoals of snapper, jacks and grouper. Some shoals are so large they block out the sun or the reef wall you are supposed to be trying to see.

And still I’m not done, because night diving Oman is phenomenal. There are cuttlefish, squid, octopus, nudibranchs and an array of critters to keep any muck diver entertained for weeks.

You may have realised Oman can be a place to take your breath away. However, I’m still not finished. While the whales, sharks, mantas and critters are, as all marine life is, not guaranteed, there is one site around the Hallaniyat islands which is always in the same place – it’s a wreck.

There are destinations around the world which have more shipwrecks, but Oman has a real claim to fame, especially for 2014. That’s because Oman is the last resting place of the first British ship to be sunk in the First World War (1914-1917). The City of Winchester was captured and scuttled by the German light cruiser Koingsberg on the 6 August 1914 creating an entry into the history books. The wreck was discovered only in 1997 and makes are perfect dive as she sits in 28 metres of water. You can read about the rediscovery at http://www.divernet.com/Wrecks/159190/heading_for_the_city.html

This WWI wreck is festooned in life with hard and soft corals covering almost every piece of metal. The fish life is crazy and the wreck is often hidden by the sheer size of the shoals that hug the wrecks’ decaying shell.

For some, diving the wreck of the City of Winchester is the highlight of Diving Oman. Yet for others Oman’s marine life including a good chance of a close up whale encounter is the draw. It doesn’t really matter what attracts you to Oman, that fact is the country won’t disappoint.

A diving holiday to Oman is a step away from the conventional. It’s a walk through the door of adventure and a leap into the ocean of discovery. What’s more, Oman is easy to get to. Regular flights, a good quality tourism industry and a welcoming people ensure any stay either on of off the water is a great memory maker of a holiday.

For full details of diving Oman and specifically the Hallaniyat Islands see the Planet dive holidays website at: http://www.planetdiveholidays.com/liveaboards/itineraries/oman/omn

Our favourite 10 hotels in Oman