How to live underwater and not be a Bond villain! 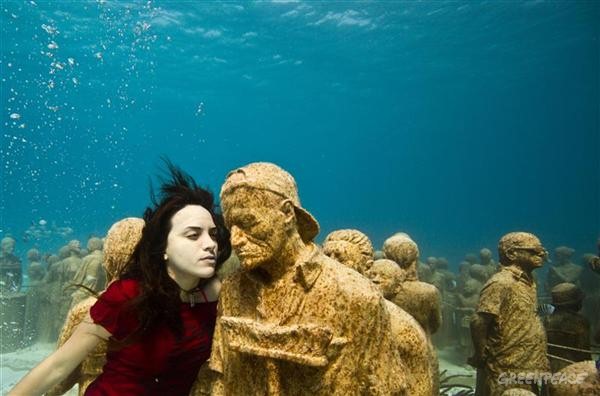 How to live underwater and not be a Bond villain!

Underwater villages are not just the stuff of Bond movies, in fact living under the ocean is not as far-fetched as you might think – and unlike planning a move to the moon; we’ve already tried it….

In 1962, the legendary pioneer of scuba diving Jacques Cousteau made his first attempt at an undersea ‘home’. Two ‘oceanauts’, as they were called, spent a week underwater in the waters off Marseilles.  From this success he went on to create Conshelf 2, a mini undersea village 10 metres beneath the Red Sea off Sudan.

The station was 3 separate structures: a starfish-shaped house, a deeper cabin at 30 metres, and a 2-person diving saucer. This time 5 divers lived for up to 30 days. Creature comforts were of course limited, but imaging the view from the window!

Waters off Sudan are teeming with fish and a favourite for divers wanting to see the larger species: It’s possible to spot Whale Sharks, Hammerheads and Blue Whales; there are a staggering 400 species of coral in these waters and 1500 species of fish.

The development of the Continental Shelf Station 2 (Conshelf 2) is documented in the 1964 documentary film World Without Sun.  The title reflects what is maybe the toughest thing for us humans: living for long periods without sunlight.

The remains of the scooter shed at Conshelf 2 Image credit: Flickr /Wreckferret

Cousteau went on to build a third undersea structure in the hope of perhaps one day better harvesting the sea’s rich supplies. Ultimately, it proved more efficient to use submarines and he moved on to champion conservation efforts.

What’s really amazing about Conshelf 2 is that you can still visit – it’s not possible to stay over, but it’s proof that living under the sea for longer periods is not just a fantasy.  Diving to the site you’ll still see some of the coral crusted structures that the aquanauts used, including the garage for the submarine.

To get there and to the other incredible Sudanese dive sites you’ll need to stay on a liveaboard, where everything above the water is taken care of, leaving you the time to discover more and sail between the best dive sites.

There is a small selection of really well equipped boats serving these waters to choose from. Time spent aboard the Andromeda, Cassiopeia, Dolce Vita or Royal Evolution promises 4 and 5-star facilities as well as the pleasure of sharing the experience with other dive lovers.

So, at a time when all eyes are on space, should we think again about building an aqualand?  Maybe just a hotel under the sea? Let us know in the comments if you’d book a room and try it for the weekend?  No Bond villains please!

Dive and contribute to conservation on a liveaboard in the Maldives

Stay and cruise the Maldives