How to make an ‘Atoll’ and where you can dive them 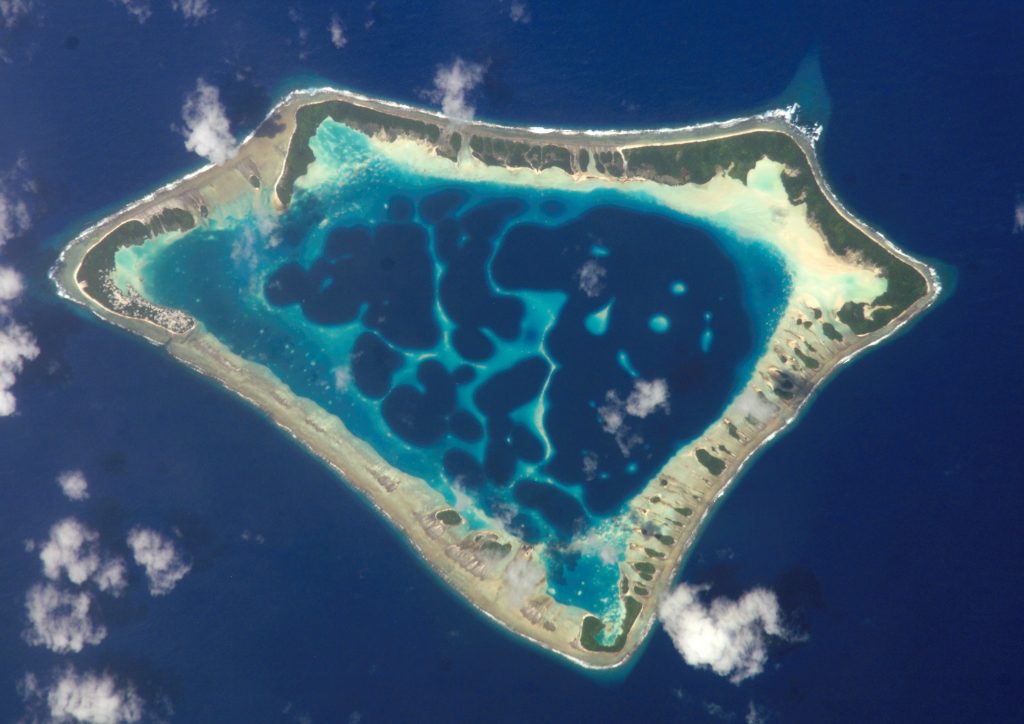 How to make an ‘Atoll’ and where you can dive them

It’s a phenomena of nature. An incredible feature of tropical and sub-tropical waters that few people know much about – and perhaps there’s a few divers who could know a little more too…

An atoll is the ring-shaped coral that once surrounded a volcanic island, after the island has receded into the sea. The process takes several thousand years and leaves behind a shape unlike any other. Interestingly, what remains is not just the reef but also a lagoon within the circular shape, protected from the ocean.

The process starts with a volcanic eruption which builds lava on the ocean floor – this ‘seamount’ builds until it reaches the surface and forms an island.

Hard corals then form around the island creating a solid exoskeleton which in turn becomes the fringing reef. Once it’s formed there’s now a small strip of water between the reef and the island – this is the lagoon.

After millions of years the island has had its day and begins to subside back into the ocean, and the once conical shape gets battered flat by waves. With the island now under the surface, you are left with a barrier reef.

You’ll see from the pictures that water inside the reef is a different colour: this is because the ocean-facing side is a living ecosystem, whereas the inside of the reef is decaying as there’s not enough nutrients in the protected waters.

Over time the ocean batters the coral, turning it into sand which gets dumped on top of the circular reef – this is what we identify as an atoll.

Now while they look spectacular they are in fact deadly to sailors new to these waters: with the reefs often sitting just under the surface, there’s little indication of the dangers ahead – little wonder thousands of ships have met their fate scuppered over their jagged ridges.

Now while some remain perilous for sailors, others offer scuba divers unsurpassed opportunity.  Take the Maldives for example: here is an island nation of 26 natural atolls, with deep plankton-rich waters running between them.

Getting to the dive spots in the Maldives you’ll need a liveaboard – giving you time to visit the endless variety of corals, resting between each dive. The variety of marine life in the waters of the Maldives is something we’ll cover in another blog – there’s just too much for now. And as you may have gathered, in these waters you’ll have plenty of wreck dives to choose from!

Top Maldives resort ready to welcome you back!