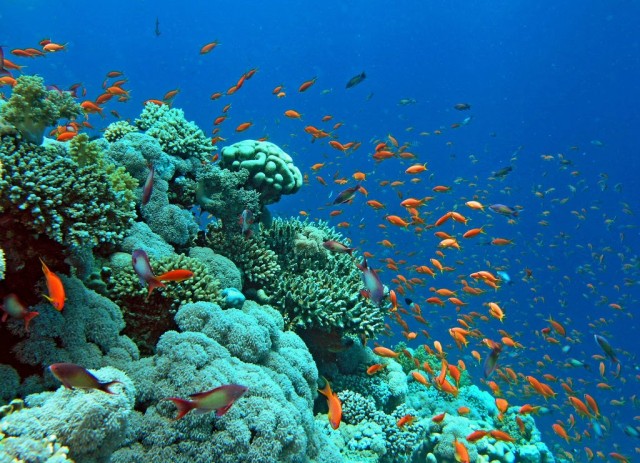 The Red Sea has a huge number of endemic species – some experts say as many as 20% of 1100 species living here are unique to this location. It can be difficult to pinpoint the exact figures, as new species are discovered each year and our understanding of the global distribution of marine-species is still incomplete. With such rich and diverse marine-life, it’s no surprise that the Red Sea is so popular with scuba holidays and Red Sea Liveaboards, and divers return time and again, experiencing new sea-life each time.

But due to its narrow, shallow mouth, the Red Sea is a partially isolated body of water and has a higher temperature and average salinity than the neighbouring Indian Ocean. These localised conditions have triggered a unique evolutionary process that has led to a high proportion of endemic species, many of which are closely related to those in the adjacent Indian Ocean.

Most endemic species are inhabitants of the Red Sea’s colourful coral reefs and, with several found at unique and specific locations, a Red Sea Liveaboard is the best way to access a diversity of dive sites and endemic species. The highest levels of endemism (unique to a defined location) in the Red Sea are found in the dottybacks, triplefin blennies and butterflyfish – around half of these species are thought to be unique.

If you’re planning a Red Sea Liveaboard, or resort-based diving holiday this year, here’s a quick peak at just a few of the endemic species to look out for:

Arabian angelfish: Abundant in the southern Red Sea but found in the central region as well, this species is a common collectors’ item, so numbers have dwindled in recent history.

Parrotfish: Several species of parrot-fish are endemic to the Red Sea, including the dotty, greenband, rusty and purple-stripe parrotfish.

Picasso triggerfish: One glance at the abstract markings of these attractive fish, and you’ll see where they got their name from.

Red Sea anemonefish: A member of the Damselfish family and a relation to the Asia-Pacific anemonefish, also known as the Clownfish.

Red Sea pipefish: These tiny, dull-brown creatures are the prey of stonefish and scorpionfish.

Red Sea top shell: These dull, grey creatures, found nowhere else in the world are often overgrown with algae.

Spanish triplefin: Don’t let the name deceive you -these weeny little creatures can only be found in the Red Sea. With a maximum size of 2.5cm and with rusty-brown markings, you’ll need keen eyes to spot them.

Striped anthias: Found only in the northern Red Sea, usually seen swimming amongst the common anthias.

Wrasse: Several species of wrasse are endemic to the Red Sea, including the broomtail, social and Red Sea bird wrasse, as well as the shy and colourful Red Sea flasher wrasse.

Yellow-ear angelfish: Found mainly in the northern Red Sea, and in areas such as Dahab, Egypt.

Dive and contribute to conservation on a liveaboard in the Maldives