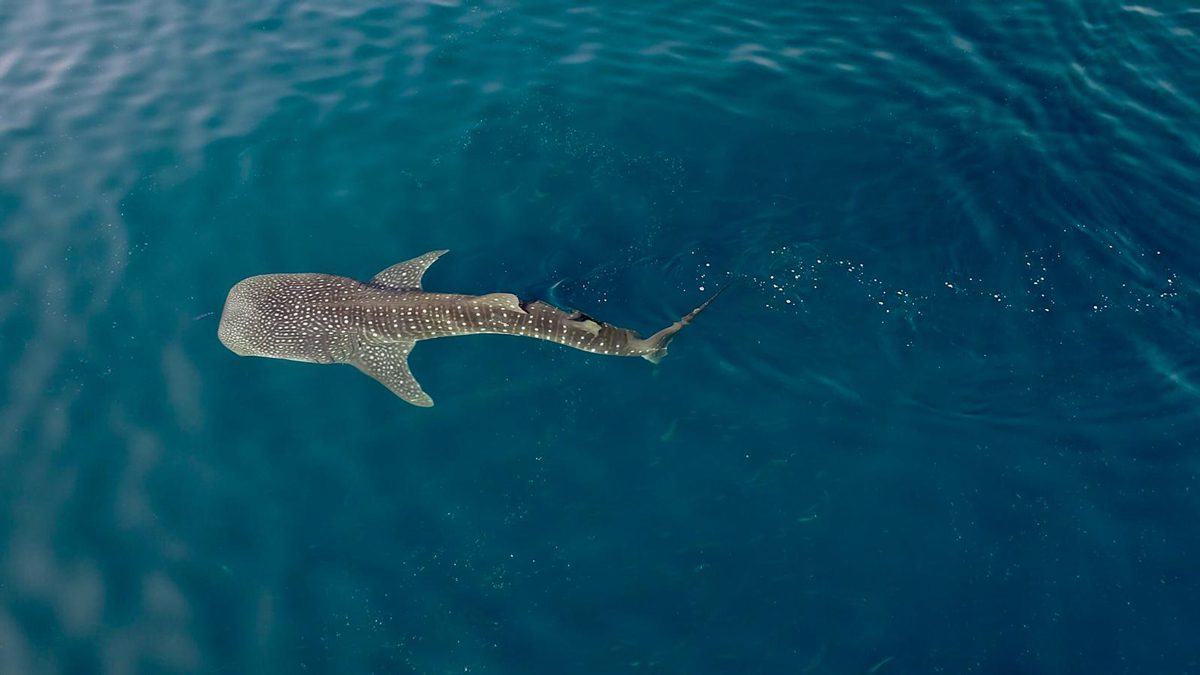 According to the International Union for Conservation of Nature (IUCN), whale sharks are considered endangered, which means the species has suffered a population decline of more than 50% in the past three generations. The whale shark is only two classifications from being extinct. Improvements and conservation efforts are in place, but there is still a long way to go to protect these gentle underwater giants.

An international team of researchers, led by marine scientists at King Abdullah University for Science and Technology (KAUST) in Saudi Arabia and including researchers from Woods Hole Oceanographic Institution (WHOI) in the USA, has performed an extensive study of whale shark movement and residency using a combination of three scientific techniques; visual census, acoustic monitoring and satellite telemetry.

Their six-year study, published in the journal PLOS ONE, tracked long-term whale shark movement patterns near the Shib Habil reef (Arabic for “Rope Reef”), a known whale shark hotspot in the Red Sea, located between Sudan and Saudi Arabia. The team monitored a total of 84 different sharks over a six-year period, and their results shed light on whale shark behaviours which could help to inform conservation efforts.

“The study takes years of passive acoustic monitoring data and combines it with previously published visual census and satellite telemetry data from the same individual sharks. The combined dataset is used to characterize the aggregation’s seasonality, spatial distribution, and patterns of dispersal,” Says Dr Michael Berumen, Director of the Red Sea Research Center and Professor of Marine Science at KAUST.

They found the aggregation to be highly seasonal, with sharks being most abundant in April and May, and that many of the sharks returned to the hot spot regularly year after year. The study also shows roughly equal numbers of male and female whale sharks using the site, something that could be unique to Shib Habil. These characteristics indicate that this site may serve an important function for the wider Indian Ocean population of this rare and endangered species. 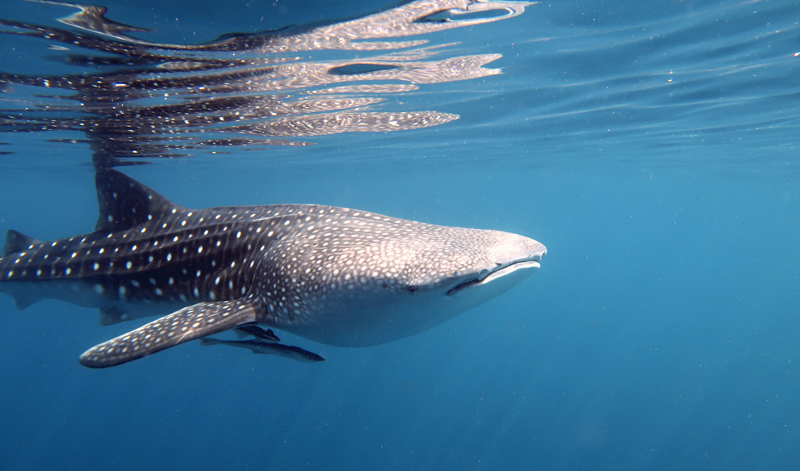 “Using the combined dataset, we can show somewhat conclusively that the aggregation meets all of the criteria of a shark nursery. This is particularly relevant given that Shib Habil is the only site in the Indian Ocean to regularly attract large numbers of juvenile females. Growing late-stage adolescents of both sexes into full adulthood is critical for sustaining a species. Management of critical habitats like Shib Habil and other aggregations will likely be vital for future whale shark conservation,” says KAUST graduate Dr Jesse Cochran, lead author of the study.

There is a combination of factors contributing to the decrease of whale shark populations world-wide, including the targeted fishing, bycatch losses due to fisheries, vessel strikes from boat traffic, marine debris, and pollution. The new data collected has enabled marine scientists to describe in great detail the residency behaviour, seasonal philopatry, and spatial distribution of aggregating sharks, as well as to investigate the apparent sexual integration found at this site. These results could be used to direct local management efforts and help conserve this breathtaking marine giant.

Review: A marvellous time in the Maldives

Summer savings for trips with manta rays in the Maldives

Top 5 most romantic hotels for your next dive holiday