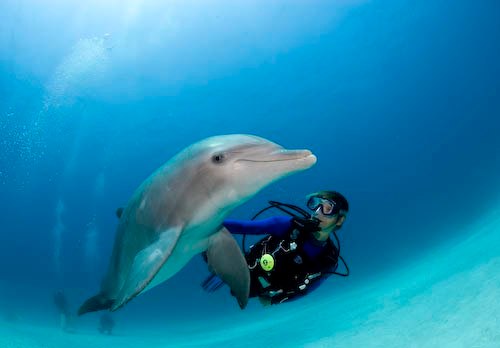 Once you head beneath the waters, you’re entering a magical place – a world that is totally different from our own, full of strange and beautiful creatures. But perhaps none has captured our imagination as much as the dolphin.

Famed for their beauty, intelligence and countless stories of human interaction (including lifesaving exploits), the dolphin occupies a special place in our imaginations. It also makes diving with dolphins one of life’s great pleasures.

There are certain dive spots around the world where you are more likely to be able to find these incredible creatures. And while there are no guarantees, the chances are good.

With more than 700 islands (most of which are uninhabited) this Caribbean archipelago nation is one of the world’s best dolphin dive spots. Visit the Lost Blue Hole and Periwinkle Reef near the capital at Nassau, but for your best chance, head to Grand Bahama island. 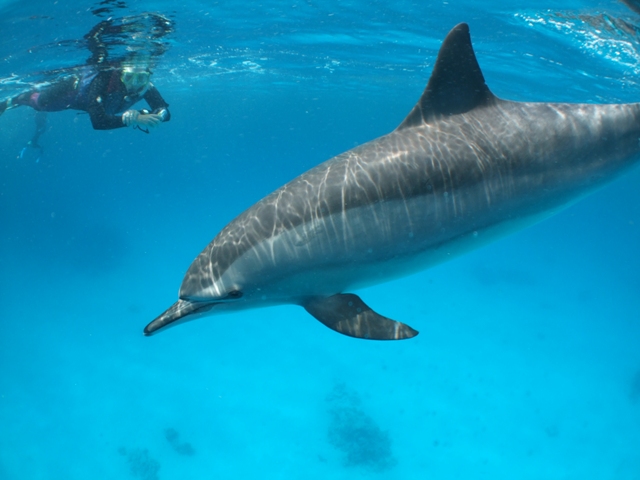 As well as the temples, pyramids and thousands of years of ancient history, Egypt is also one of the world’s best diving locations. With dive sites stretching from the Sinai Peninsula to the reefs of St Johns and the Sudan border, the Red Sea dive spots are superb. Among the best dolphin diving locations is Hurghada.

With more than 18,000 islands and six different seas, Indonesia is not surprisingly a diving Mecca. Towering volcanoes give way to deep sea trenches and it’s one of the most biologically diverse places on the planet. And, of course, that includes Dolphins. Raja Ampat lies in the centre of the coral triangle, and is your best bet for dolphin diving, although there are several others.

Home to the Great Barrier Reef, perhaps the world’s ultimate diving destination, it’s Australia’s west coast where you’re most likely to find dolphins. With plenty of bottlenose dolphins in the marine park here, it’s worth making the effort to head out west. 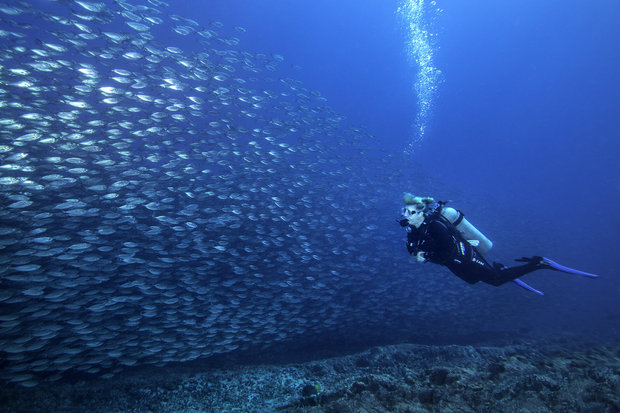 Mexico’s vast Baja California on the west coast is a top dolphin spotting site. The diving here is world-class and while there’s no guarantee that you’ll be able to dive with dolphins, you might get lucky. 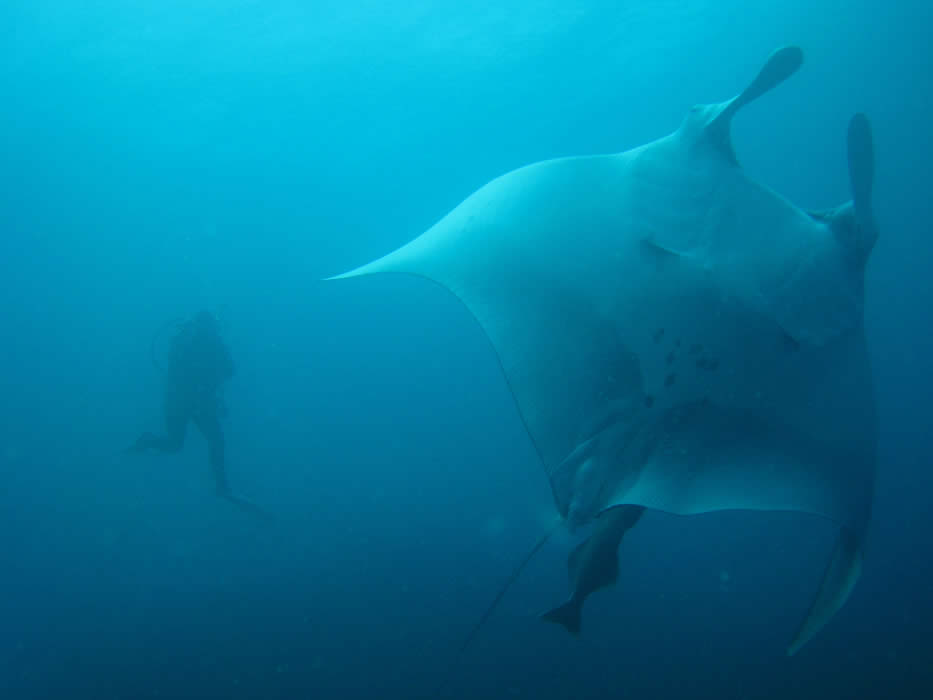 One of the most stunning marine environments in the world, the Galapagos is also home to a number of dolphin species. The island of Fernandina is the best place to head for, so book a live aboard that takes this in on its route.

Other top spots include the Big Island in Hawaii and Kaikoura in New Zealand.

If you are lucky enough to dive with dolphins, remember that despite their intelligence, they are wild animals. Let them come to you and make sure you are aware of where they are swimming around you. And never attempt to feed them as it is potentially damaging. Incidents are rare but listen to your instructor or guide to make sure you stay as safe as possible, and enjoy this true once in a lifetime experience.

Dive with Tiger Sharks in the Bahamas

12 reasons why you should visit Ibo Island